Looking for our Programs or an Application? 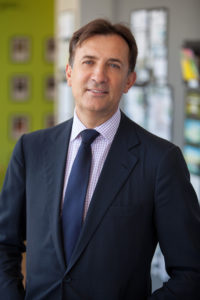 In his last tenure, Dr. Milasinovic was Vice president for Academic Affairs and Chief Academic Officer at LIM College in New York City, where he was also Founding Dean of the Graduate Business School and Continuing Education.

Dr. Milasinovic is a global and visionary leader with successful records in attaining accreditation for Business Schools.  He is a published author and brings entrepreneurial skills to the academic curriculum. His broad business experience has earned him numerous accolades. In his academic career, he launched many new degrees and programs, nationally and internationally. In addition, he launched and managed operations to design online learning and assist faculty and students engaged in distance learning.

His extensive and rich business experience in the fashion industry led him to increase students’ industry exposure and raise brand awareness through many initiatives, such as envisioning and launching “Fashion CEO Roundtable” Speaker Series in New York.

Dr. Milasinovic holds a Doctorate in Business Administration, major in Marketing (DBA), from Nova Southeastern University, Fort Lauderdale, an MBA from University Bocconi  ‘SDA Bocconi’ in Milan, Italy and University of Florida in Gainesville FL, a Graduate (Master) Certificate in Information Technology from New York University, and a Bachelor of Science in Economics. 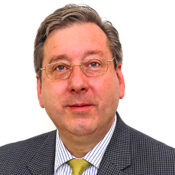 Dean of Academic Affairs and Department Chair of General Education

Dean Melnick has been with the college for 30 years. He earned his Master of Fine Arts Degree from The University of Notre Dame, has worked as a curatorial assistant at the internationally recognized Zaks Gallery in Chicago, and served as a judge on the board of Madison Wisconsin’s National Endowment for the Arts. His latest endeavors have him presenting research papers on "Redefining Education for the 21st Century" at the 7th International Conference of Business and Economics in New York City and The International Journal of Educational Management Conference at Oxford University, England. 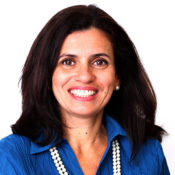 Ms. McCarthy hold a master’s degree in Urban Planning and Design as well as a bachelor’s degree of Architecture. While pursuing her students, Ms. McCarthy focused on interior details and design. She has worked for architecture firms in the USA and in Brazil. She has been teaching at TheNCC since 1990. She also works as an independent designer and space planner. Ms. McCarthy has been actively involved on the board of directors for ASID OH North Chapter and was President from 2012-2013.